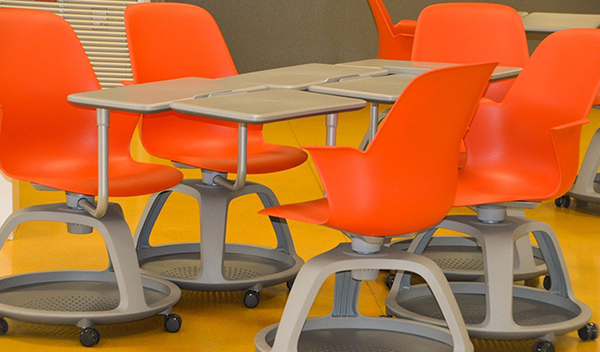 The freelance gig economy continues to grow at unprecedented rates as more and more companies make use of independent workers.

In the UK, more than 64% of businesses rely on freelancers in some form. This figure is only set to rise as more companies realise the benefits of using freelancers.

With the gig economy on the rise, freelancers need a place to work. Working from home is often the go-to solution but it’s not necessarily the best option.

Whilst the coronavirus pandemic had a major impact on the coworking industry, more and more freelancers were using coworking spaces to increase their productivity and improve their networking opportunities by mixing work and play.

In this article, we’ll take a look at 5 reasons freelancers love coworking spaces in 2020.

Let’s dive into each of these individually.

It’s in their interest to maximise their workload. The more work they complete, the more money freelancers make. And with Geography no barrier, there’s plenty of work out there.

However, this is easier said than done, especially when working from home or in noisy cafes. This is one of the reasons why so many freelancers love using coworking spaces.

Coworking spaces are brilliant for productivity. Despite the relaxing look of many communal offices, freelancers get through a lot of work in these spaces.

Various studies show that the coworking environment increases the productivity of freelancers and workers.

It’s no secret that coworking spaces provide brilliant networking opportunities to freelancers and other workers who use these shared offices.

As networking plays such a big role in business, it’s vital that freelancers meet new people and socialise as much as possible.

However, as freelancers generally work alone or in small teams this can be quite difficult, especially when working from home.

But it’s a different story with coworking spaces. Due to the nature of communal, open-plan offices, the potential networking opportunities are endless. Not to mention, you’ve got workers from a wide variety of organisations and industries.

So when you’re looking for a new accountant or business partner get yourself down to a local coworking office. They might even be working at the desk next to you…

Another reason so many freelancers love coworking spaces is that it’s very cost-effective.

You don’t have the long term financial contracts that need to be signed when renting out traditional office spaces. Instead gig workers can book an office, desk or meeting room for as long as they need it. This can be for as little as an hour at some locations.

You only pay when you need the space. For freelancers who want to keep their costs as low as possible, coworking spaces are a great option. It means they keep more profit for themselves instead of paying out on huge monthly rents.

Coworking spaces generally offer various other amenities such as gyms and cafes which add to the value of renting shared office space.

Starting to see why so many freelancers love coworking spaces?

It’s the easiest option when you start out and it’s very cheap. You can even claim back some of your expenses. However, working from home also has its disadvantages.

Mainly, the number of distractions. At home, your mind can easily wander onto tasks you need to complete in your home or personal life. This reduces productivity and your overall performance as a freelancer.

Unless freelancers are able to really distinguish between work and play at home, then working from home becomes very difficult.

This is why so many freelancers find working in coworking spaces more effective.

This is an interesting point and one that traditional employers may struggle to comprehend. Mixing work and play can actually have its benefits and is another reason why so many freelancers opt for coworking spaces in 2020.

The overall aim of coworking spaces is to make workplaces more exciting. They want employees to enjoy their work so they feel more inclined to be more productive and achieve results.

In a study conducted by Havard Business Research, they found that freelancers and employees who work in communal offices see their work as more meaningful and felt that they could bring their whole selves to work.

So when you next walk past a coworking office and see freelancers and other workers lying down on bean bags or swinging in large chairs don’t assume no work is happening!

Coworking spaces may look unproductive but the opposite is actually true for a lot of these workspaces.

When you consider the reasons freelancers love coworking spaces so much you can understand why the industry is growing so quickly.

However, the benefits aren’t just for freelancers. Large corporations such as Apple, IBM and Braintree are all using coworking spaces for the same reasons.

To recap, here are the 5 main reasons freelancers love coworking spaces in 2020:

The coworking industry is only just getting started and there’s a lot more to come.