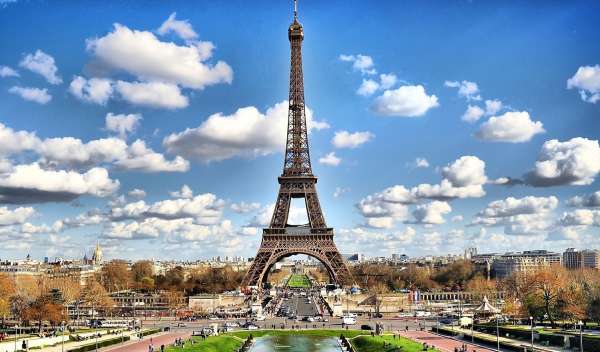 Europe has been part of the coworking revolution from the beginning. It has always been a great place for new businesses and entrepreneurs. Offering a vibrant culture and great work settings, Europe has been popular for coworkers around the world.

In fact, 3 of the top 5 countries for coworking worldwide are in Europe.

A coworking space is great because it means you can work away from home. It gives you the flexibility to go and work for a few months anywhere across the globe.

So which cities should you try out? In no particular order, here are the top 5 European cities for coworking.

Top 5 cities for coworking in Europe

Barcelona is a fantastic city that has long been a hub for entrepreneurship, research and innovation. It has great transport links to Paris, Berlin, Lisbon and many more cities throughout Europe.

Narrow streets and traditional buildings with picturesque shutters dominate the city. The architecture around the city is as good as it gets, with large landmarks such as the Sagrada Familia. Barcelona has a strong history, having once been the capital city of an independent Catalonia.

Barcelona is home to a vibrant community with plenty of foreigners living and working there. Coworking has seen strong growth in Barcelona over the last few years, with a new space opening every 32 days. The professional community mimics the culture within Barcelona, with independence being highly valued.

Paris is the main business hub for France. It has invited many startups and entrepreneurs into the city with its many incubators and now coworking spaces.

Paris is a beautiful city with great cultural and historical significance. It has plenty of green spaces spread across the city for you to take advantage of when taking a break. Known for its array of Michelin star restaurants the food and drink scene in Paris is second to none.

It is known for its great networking and collaboration opportunities, even if you do not speak French you will be able to take advantage of the huge professional communities. It is a highly connected city with fast transport links across Europe.

Paris welcomed the coworking revolution with open arms. There is a sizeable coworking community present here and many wonderful and interesting coworking spaces that you can work at. A new space opens up in Paris every 28 days, making it a city with high growth in the coworking space industry.

London, of course, has to be on this list somewhere. It is the fastest-growing city for coworking in the world with a new space opening every 5 days. The demand for coworking in London is rocketing.

It is a wonderful place to work and live, with so much going on you’ll never get bored. It’s such a large city that you can have lived there for several years and still find new and interesting places to go and things to see.

It is the international hub for the UK, with a diverse population you’ll meet people from all around the world. The large parks and open spaces offer a breath of fresh air to the sprawl of buildings and bustling roads.

Coworking has been around in London for a long time and it has grown substantially since the early days. Large companies have turned to coworking spaces in London, increasing the number of spaces significantly.

A city full of intrigue and mystery, Berlin is a wonderful place from which you can work. It is a city of great historical significance but it is not being left behind. It is a city with modern thinking and is aiming to be one of the great cities of the future.

Berlin values creativity and innovation above all. Demanding new ideas and new ways of thinking from its workers. It is a trendy location so if you’re looking for an interesting and hip work life then Berlin is perfect.

The coworking scene in Berlin is much the same as the city. Highly focused on creativity and innovation, the designs of the spaces are unique to Berlin.

A new coworking space opens here every 22 days. The high growth rate shows that demand for coworking in Berlin is accelerating.

While not yet as established as the others on this list, Belfast has set its sights on being a city with power and influence on the world stage. It has been attracting young and established businesses alike.

With great transport links around Europe, it’s also not far from the US coast. Belfast has some of the best connectivity in the UK with great broadband and 4G to boost your communications.

At the minute Belfast is not too expensive so is an ideal place to get started. The cost of office space in Belfast is a third of that seen in London. Not only is office space cheaper but Belfast also has one of the lowest living costs of cities around the world, so your money goes much further

Coworking has seen rapid growth in Belfast. A new space opens every 47 days here, however, with a much smaller population, this means a much higher density of coworking spaces.

Europe is turning into a powerhouse for coworking around the world. With many of these great cities located so close to each other and great transport links between them it is creating a huge network of professional communities.

The great thing is that you can travel across most of Europe uninhibited. You can take a work vacation and travel to some of the top coworking spaces across Europe, all the while being as productive as ever. You’ll just need to sort accommodation.